The alcohol will get cooked off but you can still taste the flavors that went into making that whiskey and it gets imparted into the carrots. The sauce turned into a nice glaze on the carrots and is slightly syrup-like by the end of the cooking process. The salt really brings out the flavors of the dish while also keeping the dish from being a one-note sweet tasting side dish.

We weren’t paid in any form to mention Jack Daniels.

We loved these biscuits. They’re the closet we’ve tasted to reminding us of those scrumptious biscuits from Red Lobster. They’re tender and flaky and you can taste the cheese a little. The garlic butter really makes it taste even better. We wish we could taste the garlic even more but you do taste it in the background. If you miraculously have leftover biscuits the next day, we’ve found that letting them come to room temp. rather than microwaving them is best. Still not as great tasting as the first day but pretty close. You do need to wait to make the garlic butter until the biscuits are just about to come out of the oven or else the butter starts to solidify again.

We got this recipe from a Food Network magazine.

We weren’t paid in any way to promote Food Network or Red Lobster.

These are some scrumptious mushrooms. It’s super easy to make and because it tastes so good, there’s never any leftovers when this gets made ! You get a wonderful tanginess from the ranch salad dressing mix and the garlic olive oil lends a wonderful flavor as well. The oil mixture is so tasty you just want to drink it !

*This is what a Brussels sprout looks like after it’s been halved and a small cut’s been made into the core (don’t they look like little baby cabbages?) 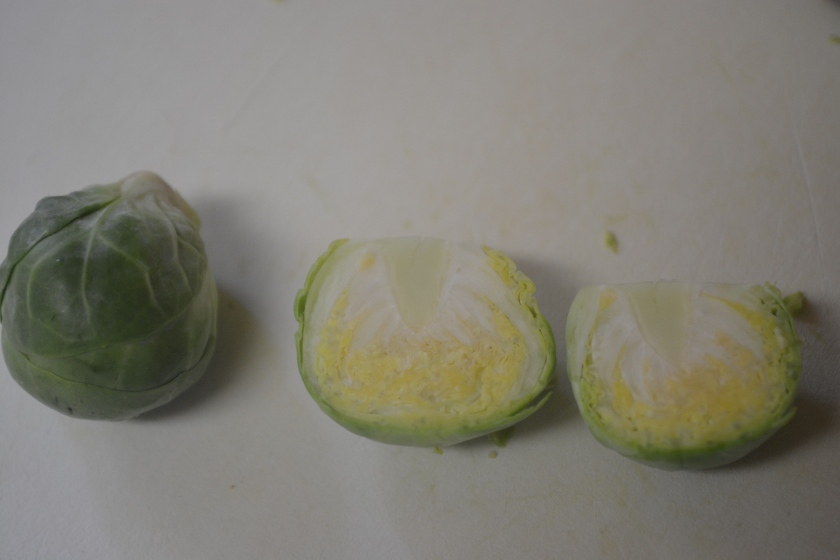 **We wanted to show what ginger looks like and how we peel ginger. Using a spoon to peel makes it so much easier to get the skin off the ginger:

***There are so many peppers out there, dried or fresh. We wanted to show you this picture of our chiles de arbol so you’d know what to look for:

This is the finished product: 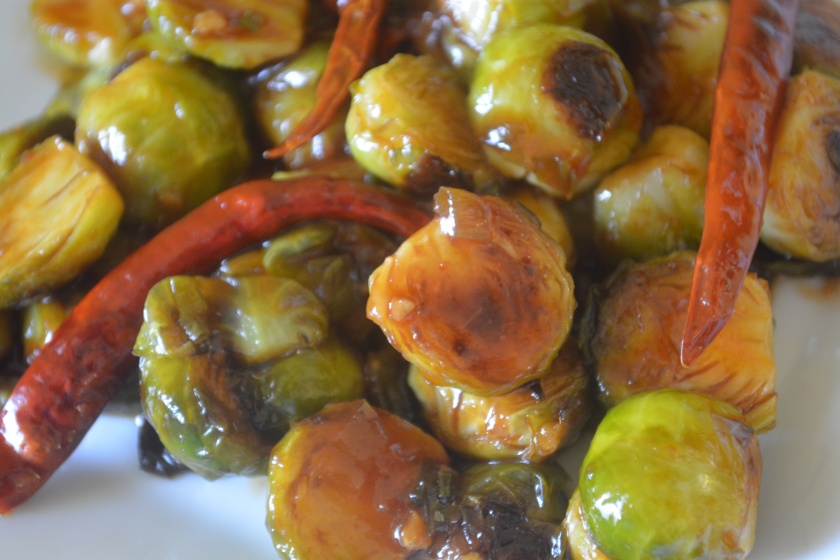 This was actually the first recipe we ever fixed involving Brussels sprouts and it was scrumptious ! This recipe has made us excited to see Brussels sprouts in any recipe. The Brussels sprouts were tender but still had texture and the sauce was sweet with just a tiny bit of heat. You take a bite of the chiles de arbol though and you’ll have your heat ! That pepper is really spicy so just take a small bite of it the first time you try it to guage how much you can handle in one bite. The peanuts don’t actually add any flavor as far as we could tell but it did add another texture to the dish which is really nice.

We think we got this recipe from Spicy Southern Kitchen.

We weren’t paid in any way to mention Thai Kitchen or Spicy Southern Kitchen.

We don’t know how authentic this recipe is or not but we do know that it tastes delicious !

We love this soup ! You have multiple textures from the different components and you taste that funky, umami flavor from the fish sauce, get heat from the Serrano slices, taste the lemongrass and lime and the mint adds this great fresh, flavorful component that complements the flavors in the soup. The shiitake mushroom slices and chicken also help bulk up the soup and make it filling.

Much like when you eat macaroni and cheese, we decided you can never have enough, which is why we have so many pictures of the mac and cheese !

We love Brussels sprouts but this was the first time we’d ever had it in a macaroni and cheese dish or with bacon and it’s now another way we enjoy eating them ! The pasta was perfect for catching the sauce with, the bacon gave the dish a nice crisp texture and of course we enjoyed the roasted Brussels sprouts being in there !

*In case you’re someone who does better with visuals, we took pictures of the process involved with making the dumplings:

This is what the dumplings look like after they’re done cooking in the saucepan:

Here is the final scrumptious product:

Oh this is so freaking delicious ! It was nice eating this after going for a walk outside in the cold.