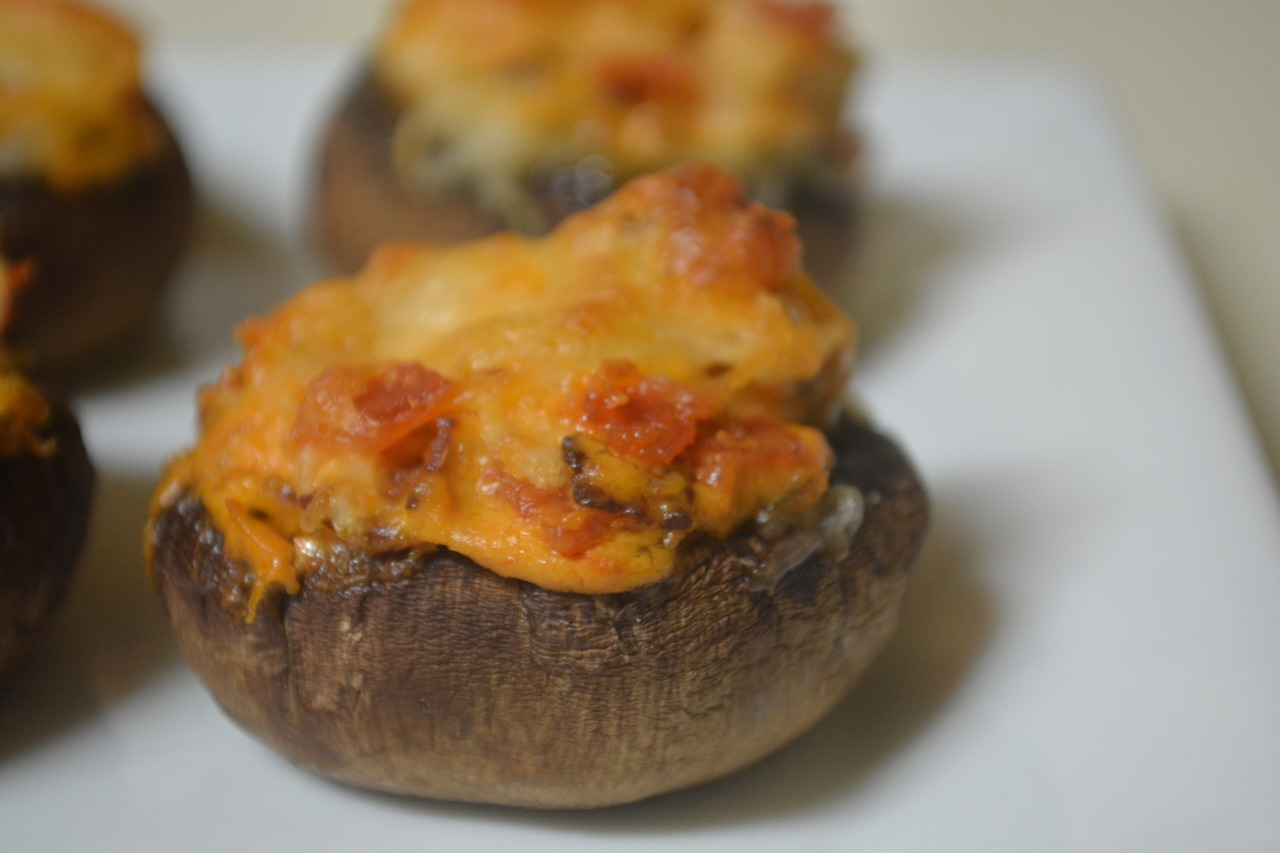 *At 3 minutes the cheese was nicely browned and bubbly but the ends and the edges of the bread were browned a little more than we would’ve liked so next time we’ll try just going for 2 ½ minutes.

When you cook a pizza using a pre-made pizza crust, the crust can be limp or make you think “so this is what cardboard tastes like”, you won’t have to worry about that with this french bread pizza ! The outside of the bread had a nice crispy crunch to it and the cheese became ooey gooey. We love eating mushrooms so we’ll be at least doubling the amount of mushrooms next time. We couldn’t really taste the parsley but it did add a nice pop of color ! We added enough pepper flakes to make the pizza spicy which is a nice counterbalance to the salty (in a good way), cheesy awesomeness of this pizza !

We got this recipe from Food Network.

We weren’t paid in any form to promote Food Network.

A great handheld snack for any occasion !

If you eat them right after they’re done cooking, you’ll have the water from the mushroom come squirting out and it dilutes the flavors to the point of it just tasting “meh” but if you let the mushrooms cool down a little so the juice doesn’t come bursting out when you take a bite, that’s when you can really taste the flavors of the filling. Using hot Italian sausage adds just a little bit of heat that wouldn’t have been existent in the dish otherwise. The Italian sausage and pepperoni adds some texture to the dish, the cream cheese provides a creamy tanginess and the pizza sauce adds a little sweetness.

We got this recipe from a Cooking with Paula Deen magazine.

We weren’t paid in any form to promote the Paula Deen magazine.

*It all depends on how much you love blue cheese if you want to add on more than just ¼ cup. We love blue cheese so we added more on but there’s nothing wrong with just sticking to the ¼ cup.

We weren’t paid in any way to promote Frank’s RedHot, Mama Mary, or Southern Living.

Here’s the pizza we mentioned in the previous day’s post !

We’ve never had pad thai before so we don’t know how much this will truly remind you of it, but the fresh components were really nice and the dish had a lot of texture to it. The pizza might have been a little more enjoyable had I pulled it out before that suggested 10 minute mark in step 3.

This recipe came from Taste of Home.

We weren’t paid in any form to mention Taste of Home.

*We weren’t paid in any way to promote Subways.

*Update* We were able to get the ingredients and make the pizza. Click on the following recipe title to be linked over: Pad Thai Pizza